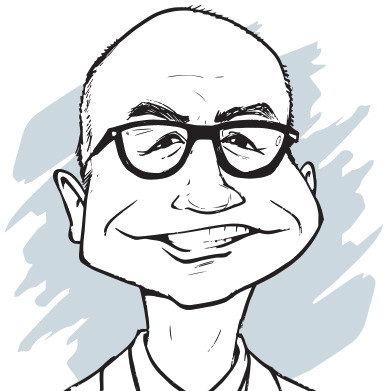 Capital Efficiency: the hype and the hoopla defined

The Discipline of Finance has evolved based on publicly traded companies with many minority shareholders. This learning is then extrapolated to every other business, assuming that a CEO’s role is to increase business value (manage an outcome). This is not so. Here we clarify what capital efficiency is and define what the hype is and what you should pay attention to.

There is a big difference between a listed company and a startup. Startup capital is the key driver of growth and value. Capital is usually raised every 18-24 months. Startup entrepreneurs submit themselves to be frequently scrutinized by investors. They must be able to show their skills of managing and monitoring capital deployment; they are managing an input, capital. The only metric they have is - efficiency of capital deployment, of managing an input. This is something they manage on a month-on-month basis, nearly real time.

Whereas big company listed CEOs learn skills of deploy capital after they become CEOs. The tools they have, measuring different investments as options, something that is not monitored month on month.

What is Capital Efficiency?

Startups raise capital with a single motive - growth. The use of capital should create revenue. Therefore, the metric must connect the capital raised and the revenue created by using the capital.

Capital efficiency is different from Return on Invested Capital (ROIC). ROIC is a metric for assessing “return” on capital allocation to see how much was invested in each business area for incremental returns over time. It is a hindsight measure usually calculated based on “investment in fixed assets and working capital.” This might work for smaller businesses but in a startup, investment in assets and working capital has little meaning.

The real measure of capital efficiency is ROIIC – Return on Incremental Invested Capital. A founder (and investor) wants to assess the return on incremental invested capital (ROIIC) quarter by quarter in terms of sales/customer/user growth. Founders also need startup metrics to dynamically manage their capital allocation, not for a hindsight annual analysis.

ROIIC recognizes that sunk costs are irrelevant and that what matters is the relationship between incremental performance/earnings and incremental investments.

Warren buffet brings it all together: “for every dollar retained by the corporation, at least one dollar of market value must be created for owners.”

Why does something so simple, get lost in the “noise” of the startup world?

Valuation is a measure of success of startups are “similar” to listed businesses. However, startup value on their potential growth rate, with much less emphasis on current financial data. Whereas established businesses are valued on real cashflows, and a strong reliance on financial data. Valuation of startups is a “negotiation” between investors and entrepreneurs. Valuation of listed companies on traded price.

In this ambiguous environment startup press over emphasizes the “value” side of the story and value become an “social” measure of startup success. And startup valuation, signaled by capital raised by the startup, has become is becomes a measure of startup success. A company that raises $ 10 million is outwardly better than a company that raises $2.5 million.

The meaning of hype

The amount of capital raised, based on “perceived and negotiated” valuation that is centered on “growth potential” is “hype,” an expectation of what may happen in the future. Two persons can have a diametrically contrasting perception of startup value.

Often venture investors discuss the deals they passed, did not invest in.

Hype or startup “excitement” is assessed as a number. It is = capital raised / current revenue - capital raised as a multiple of revenue. “Hype ratio” – the “value” that investors assign to the company, reflected by their “willingness” to give it capital. It is measured as a multiple of current sales - Capital Raised / ARR (Annual Recurring Revenue). Higher is the multiple (number), it makes the founders feel they have succeeded.

A real measure that shows what is happening in a startup is Burn Multiple. It is an indicator of the capital being used to generate “incremental” sales. Cash Burn is also a multiple of “new” revenue. Burn multiple is = Net Burn / Net New ARR.

The following labels a business performance based on the Burn Multiple

Are they persons who wanted to accelerate sales too quickly as the product was being built or may not have been “ready?”

Historical analysis of Burn Multiple reflects how entrepreneurs use capital and manage key metrics to discover based on quality of sales revenue; nature of customer, their propensity to pay; building customer acquisition capability; managing the speed of customer acquisition (managing the customer funnel); how reduction in burn multiple was managed to achieve a reasonable level of growth e.g., did they give up revenue (unprofitable) to keep burn healthy and so on.